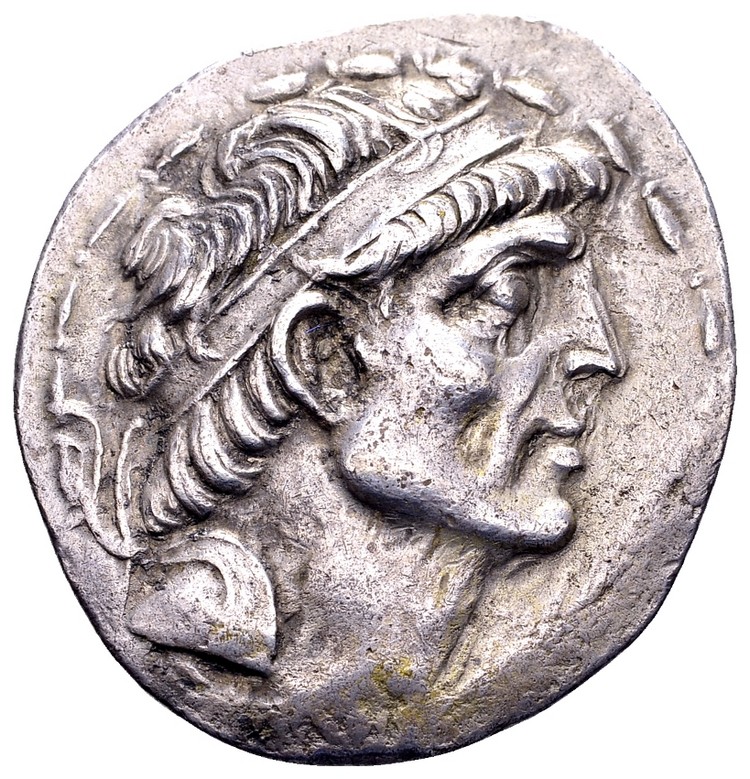 In pricelist VI a tetradrachm of Hyspaosines is on offer. This very coin was minted in little known Charax Spasinou.

Charax Spasinou means “walls of Hyspaosines” and refers to the embankments Hyspaosines had built to protect the city against the flooding of the river Tigris.

In all likelihood Hyspaosines was an Arabian prince who was charged, probably in 166 BC, by the Seleucid king Antiochos IV with the building of a new port on the Persian Gulf. This city was supposed to become the center in the trade with India. After the death of Antiochos VI and the subsequent turmoil in the Seleucid realm, satraps proclaimed their independance.

So did Hyspaosines, probably around 140 BC.

Despite the upcoming Parthian empire, Hyspaosines seems to have been quite a succesful ruler who expanded his kingdom to encompass Kuwait and Bahrain.

The tetradrachm her on offer has on the obverse a beautiful Hellenistic portrait of a man in the prime of his life, with a powerful physiognomy full of character.

The reverse shows Herakles seated on a pile of rocks with a club and lions’skin. Although not directly a Seleucid image, it fits very well with the founder of a dynasty. Subconsciously one is reminded of Bactria and the coins of Euthydemos, who, about a century before, succesfully withstood the forces of the Seleucids.

This coin, struck in Charax Spasinou, is dated Seleucid year 190, which coincides with 123/122 BC.