Obv: stag, head to the right, lying to the left; across fields: ΕΦ, in exergue: CΚOΠΙ.

During the Hellenistic period and throughout the 1st century AD, a series of tesserae were made at the cult centre of Ephesos. The legend remains an enigma and its meaning uncertain. 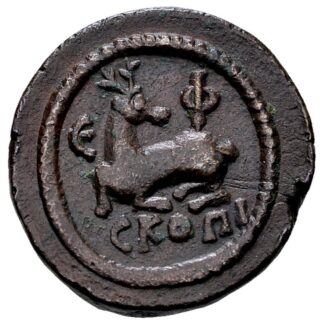