The obverse inscription misses an Һ and has an X at the end instead of a Θ. This variant isn’t published in the standard works. It is possible that this obverse die was quickly taken out of circulation for obvious reasons. 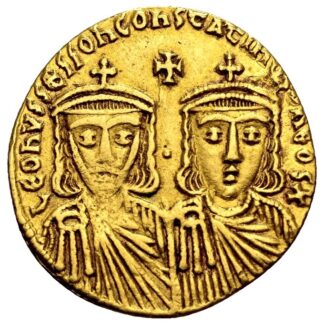