Thought to have been issued by Julian, now known to be issued by Maximinus II Daia in his fight against Christianity, these small coins belong to one of his last city-issues. For the attribution see J. van Heesch, Numismatic Chronicle 153 (1993), p. 66-75. 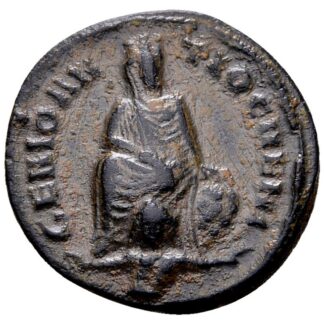