Nikephoros I usurped the throne from the Empress Irene, who had financially ruined the Byzantine Empire. Harsh tax laws and stopping the pay-offs to the Caliph of Baghdad and the Bulgar Khan set the economy right, but resulted in war. The Emperor and his son Stauracius met with a horrible end at the hands of the Bulgars when they led their army in an ambush in the pass of Verbitza. The Emperor was cut down on the spot, Stauracius was paralyzed through a cut in the neck and died a few months later. 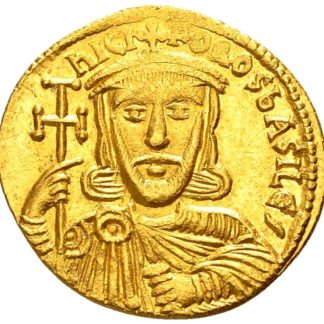